To share your memory on the wall of Susan Voge, sign in using one of the following options:

Susan, the beloved third child of Mary and Melvil Voge, was born in New York City and remained a true New Yorker, in residence for 63 years before retiring up-river to Cornwall-on-Hudson. Susan obtained her Master’s degree in Library Sciences from CUNY, and spent her career as an expert in locating information long before anyone had ever heard of the internet. Through her professional endeavors, Susan contributed to and influenced the work of many researchers, doctors, and educators at Lehman College, Saint Luke’s-Roosevelt Hospital, and Mount Saint Mary College.

She was a fearless second mate to her father in their sailing adventures on Long Island Sound, and his game co-pilot on Cessna and glider flights. She loved animals, in particular cats, although allergic to them. Her Catholic upbringing and faith were particularly meaningful to her.

Susan was a loving daughter, sister, sister-in-law, aunt and cherished friend to many. Susan is survived by her sister, Patricia, her brother-in-law Glyn, her niece and nephew, Heather and Evan.

A Memorial Mass will be held at 1 p.m. on Friday, April 12th at Saint Thomas of Canterbury Church, 340 Hudson Street, Cornwall-on-Hudson, NY.

We encourage you to share your most beloved memories of Susan here, so that the family and other loved ones can always see it. You can upload cherished photographs, or share your favorite stories, and can even comment on those shared by others.

Posted Apr 11, 2019 at 02:14pm
Blessings to you all. No one can prepare you for a loss; it comes like a swift wind. I hope you can find solace in all of the wonderful memories and impressions Susan has left in your hearts. It was a pleasure working with Susan at Mount Saint Mary College; her smile will be greatly missed.

Posted Apr 07, 2019 at 06:49pm
Susan was a most cherished high school friend at Cardinal Spellman H.S. and forever after for me and our Pilot school newspaper group
Comment Share
Share via:
WM

Posted Apr 06, 2019 at 08:49pm
Dear Sue,
Thanks for making everyone you ever spoke to feel that they were the center of your attention and interest.
Rest in peace.
Walter Miclo
Comment Share
Share via:
E

The world is a little less bright with your passing. We will miss your smile and your kind and gentle nature. Do Rest In Peace.
Comment Share
Share via:
DG

Posted Apr 05, 2019 at 10:15pm
I am deeply saddened by the loss of Susan. I knew her during her years at Mount Saint Mary College. She will be missed. My thoughts and prayers are with her family.
Comment Share
Share via: 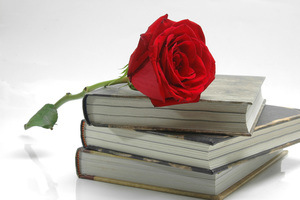 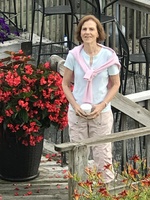