To share your memory on the wall of Stephen Della Vedova, sign in using one of the following options:

The son of the late Mario Della Vedova and Aida (Robustelli) Della Vedova, Stephen was born on January 29, 1947 in Jersey City, NJ.

Stephen earned his Bachelor’s degree from the University of Georgia (UGA). He was a retired Senior Inspector for the New York State Department of Agriculture & Markets in Albany, NY.

Stephen honorably and proudly served his country as a member of the U.S. Army from 1969 – 1972 during the Vietnam Era.

Stephen volunteered at Habitat for Humanity in Newburgh for many years, working on building sites, and later using his woodworking skills in the woodshop making beautiful wooden bowls. He was proud of his beautiful thick wavy white hair and grew it long enough to cut and donate to those who suffered loss of hair from chemo – such a generous gift.

Stephen was a Member and Past President of the Cornwall Lions Club.Stephen was a loyal member of the luncheon group for the Class of 1965. An outcome of the luncheons was a walking group of local alumni that walked several times a week which Stephen and Joyce joined. He was always part of the conversations in his own quiet way. A classmate took pictures of the gathering to share with others. Stephen, being on the shy side, would grin and bear the naggings to smile for the camera. Eventually the photographer began taking selfies with Stephen. The quiet Stephen played along with his engaging and shy smile. As time passed, Stephen began to have walking and communicating challenges. The selfies continued and became a part of the luncheon rituals. We believed he enjoyed the attention and the laughs. His classmates were a strong supportive team throughout his illness. “He lived quietly. He passed quietly. Now he walks tall and strong”.

In addition to his parents, Stephen was predeceased by his wife: Joyce (Platt) Della Vedova. Stephen is survived by his nephew: Anthony Della Vedova of Atlanta, GA; as well as numerous friends, too numerous to mention.

Due to the public health concerns of the Corona Virus (Covid-19), a Graveside Service will be held on at 11:30 a.m. on Thursday, July 16th at St. Thomas Cemetery, Cornwall, NY.

Receive notifications about information and event scheduling for Stephen

We encourage you to share your most beloved memories of Stephen here, so that the family and other loved ones can always see it. You can upload cherished photographs, or share your favorite stories, and can even comment on those shared by others.

Posted Jul 21, 2020 at 08:26am
To Steve's Family -- We are sending our prayers to you all and know that Steve and Joyce are now joined in God's kingdom forever. We have such fond memories of Steve's wonderful woodworking skills and the beautiful bowl that he lent us for some special church services. He had such a lovely smile, and during our Fellowship Meals, it was a delight to help him pick out special food to take home for later. We will all miss him as part of our loving Cornwall Presbyterian Church family.
Grant and Marion Thomas
Comment Share
Share via: 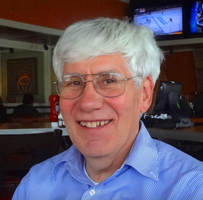