To share your memory on the wall of Marta Alvarez, sign in using one of the following options:

Written by her son: Paul Alvarez

Written by her son: Paul Alvarez

My mother was born in the Cuban province of Camaguay in 1931. Her father was a dentist and surgeon who died when my mother was about five years old. Afterwards, for a few years, my mother was raised in a convent which accounted for her very religious views throughout her life. Her grandmother then moved the family to the countryside and my mother always said that made her a hillbilly despite attending the University of Havana and considering herself an intellectual. She met my father when he was 13 and she was 10 and they were inseparable for 79 years. In 1952 she followed my father to New York City where they were soon married and took up residence in Manhattan. She worked several different jobs but then became a full time housewife after having me, her only son. When I was four years old, we moved to an apartment in Elmhurst, Queens which they proceeded to live in for almost forty-five years.

My mother was an unpublished writer of prose and poetry. She spoke in very “correct” Spanish and her writing was always too verbose and flowery for me to read. Her stories were baroque romances like the 18th and 19th century novels about true love amongst aristocrats. Our family joke was that she thought that she was Miguel DeCervantes reincarnated.

I used to make Super-8 movies with my friends, which she encouraged and helped with. She even turned the apartment upside down creating paper mache sets for my Star Wars like movie and later a World War II movie. She even allowed my room to be set up to blow up miniatures and create large dioramas as well. She was very active helping us out, making sure we didn’t kill ourselves and very happy feeding my friends and I. She kept us out of trouble and helped to maintain our innocence while growing up. In retrospect my friends and I might consider her the ringleader or certainly the enabler of our escapades.

She was a self-taught cook and she did all right. She was very prone to suggestion however: salt caused high blood pressure so it was banished from our home, we ate red meat every day to avoid anemia, undercooking food was a danger so dinner was often over-cooked and dried out, etc... I grew up thinking that ketchup had to be used on everything. She even once substituted ketchup for sauce in lasagna and yet I miss some of her dishes.

My mother was also very imaginative, feisty and stubborn. My parents insisted on being self-reliant into their eighties. Eventually they needed help which they rejected and a nursing home became the only option. Luckily, I was always able to keep them together because separating them seemed criminal somehow. She developed some dementia and her imagination fueled some wonderful stories of daily magical occurrences that occurred in her room. Those stories would remind me of the Baron Munchausen stories and the films of George’s Melies with a dash of Luis Bunuel. Later on she suffered a stroke which paralyzed her left side but did not stop her from giving her therapists a hard time for not following her self-concocted treatment plans.

For a housewife and unpublished author, my mom was much more than what I write here. My mother was often my confidant and advisor while growing up. Her fertile imagination and love of reading fiction are two things that had a profound impact on me. My father passed away in April, 2020 and my mother has now followed. I miss them both very much but I’m happy they are together. They are missed and survived by myself, my wife Donna and their two granddaughters, Barbara and Stephanie.

My mother taught me a lot, her best lessons I have learned too late: There is never enough time to spend with your loved ones, never enough words to tell them how you appreciate and love them. You don’t get advance notice of when your last time with a loved one will come. In later years, my mother’s dementia and deafness made it very hard to communicate with her. Don’t lose your opportunity to talk with them while they are lucid and alert. Forget all those little arguments; disagreements become lost overtime but love does not. Cherish your loved ones, all of them, and spend more time with them. Nothing and no one lasts forever so be there now with them and for them and yourself.

Thank you everyone who have sent me condolences, well wishes and love. Be safe and healthy, love your families. Miss you all.
Read Less

Receive notifications about information and event scheduling for Marta

You will receive any future notification messages.
No funeral details available.

We encourage you to share your most beloved memories of Marta here, so that the family and other loved ones can always see it. You can upload cherished photographs, or share your favorite stories, and can even comment on those shared by others. 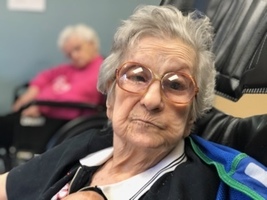 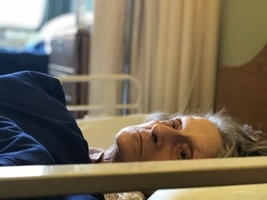 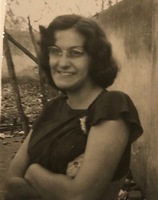