To share your memory on the wall of John Gillen, sign in using one of the following options:

The son of the late William Gillen and Nancy (Pontieri) Gillen, John was born in the Bronx, NY. He honorably and proudly served his country as a Cryptographer in the U.S. Air Force during the Korean Conflict.

John grew up in the Bronx, NY, where his Christian faith was formed while attending St. John Chrysostom Elementary School. After serving four years in the U.S. Air Force, he joined the New York Police Department, assigned to the 40 Precinct and ended his career as an investigator with the Accident Investigation Squad. He and his “bride”, Eileen “Chickie” Gillen, moved to Levittown on Long Island where they began their family having three children. After retiring to Florida, John and Chickie returned to Cornwall to share their lives closely with family. He was a great friend and support to his entire family and will be greatly missed.

Receive notifications about information and event scheduling for John

We encourage you to share your most beloved memories of John here, so that the family and other loved ones can always see it. You can upload cherished photographs, or share your favorite stories, and can even comment on those shared by others.

Alice Demarais purchased the Tender Tribute and planted a memorial tree for the family of John Gillen. Send Flowers 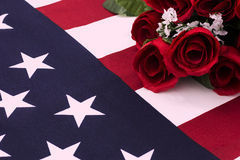