To share your memory on the wall of Frank Farella, sign in using one of the following options:

Provide comfort for the family of Frank Farella with a meaningful gesture of sympathy.

It is with deep sadness that the family of Frank Charles Farella announces his passing on February 19, 2019.

It is with deep sadness that the family of Frank Charles Farella announces his passing on February 19, 2019.

The son of the late Joseph Farella and Rose Farella (Piacentino), Frank was born on January 9, 1935 in Brooklyn, NY. Frank was the third of five children in a first-generation Italian family, which owned and operated a home appliance business in Gravesend, Brooklyn. He would often accompany his father on deliveries and repair calls, during which he observed the mechanics of business interaction and negotiation. Frank’s mother Rose really lit the flame of working in the family business. Frank’s entrepreneurial spirit was born.

He attended Lafayette High School, where his passion and talent for sports, especially baseball and football, blossomed. Encouraged by his mother to pursue an education, Frank accepted an opportunity to earn a full scholarship playing football for Arkansas State University. Unfortunately, when he arrived for his freshman year, the coach who had recruited him had already departed for another job, leaving Frank stranded in a foreign land, far away from home, without his scholarship. A true competitor, Frank persevered, working odd jobs on campus to pay his own tuition that first year, eventually graduating from ASU with a Bachelor’s degree in Business Administration.
Frank excelled on the field, earning many institutional and national accolades while playing football. He was a four-year letterman, and team captain as a senior. In 1956 and 1957 he was Associated Press and an NAIA/ NCAA All American Selection. In 1999 and 2001, Frank was admitted into ASU’s Hall of Honor and Ring of Honor, respectively, the highest honors bestowed on ASU student athletes. His name is displayed on the west facade of the stadium.

After serving in the United States Army for two years, Frank returned home to pursue a career in real estate. He learned the fundamentals of his profession, buying, selling and renting different properties while in the employ of others, slowly building his portfolio before starting his own real estate company.

In 1975, Frank was introduced to a property that would become his life’s work. Cobble Hill Towers, built in 1876, was the first housing complex built in America specifically for working class people. When Frank first saw the dilapidated buildings, he instantly fell in love with them. Despite the numerous issues that had befallen the property, the lack of heat and hot water among them, Frank recognized hidden potential in the property where others didn’t. He orchestrated a syndicate purchase of the nine-building towers, and in 1978 launched a three-year renovation project, in association with Mayor Koch’s office, which provided funding. Today Cobble Hill Towers remains a National Landmark and represents Frank’s professional pinnacle.

Generosity was at the cornerstone of Frank’s character. Believing in being of service to others and to his community, Frank was devoted to many charitable causes throughout his life. He made significant donations to ASU, his alma mater. Other charities that were close to his heart include Toys for Tots and Habitat for Humanity. In partnership with the Melignano family, with whom he enjoyed a close friendship for over fifty years; Frank provided the lead funding to develop housing units in Daytona Beach, FL. He and his wife of almost forty years, Cheryll, also regularly created and funded several initiatives in the Hudson Valley to fight hunger.

Donations are being accepted for:
Habitat for Humanity of Greater Newburgh Toys for Tots

We encourage you to share your most beloved memories of Frank here, so that the family and other loved ones can always see it. You can upload cherished photographs, or share your favorite stories, and can even comment on those shared by others.

Scott Ladanyi, Brigid Jennings, and others have sent flowers to the family of Frank Charles Farella.
Show you care by sending flowers

Posted Feb 25, 2019 at 12:28pm
I am truly sorry for your loss. Frank was a great person and will be missed dearly. Your family is in my thoughts and prayers.

Brigid Jennings purchased the Your Light Shines for the family of Frank Farella. Send Flowers

Posted Feb 22, 2019 at 03:21pm
Uncle Frank will always be remembered for his wisdom, generous heart and his laughter. We will keep him in our hearts and memories always. 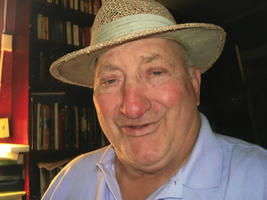