In Memory of
William F.
Faller
1941 - 2016
Click above to light a memorial candle.
Memorial Candle Tribute From
Quigley-Sullivan Funeral Home, Inc.
"We are honored to provide this Book of Memories to the family."
View full message >>>
Send Flowers
Menu

In the event that there is an error
in the information presented,
please contact the funeral
home by clicking here. 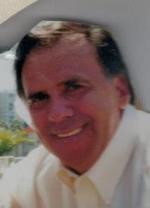 The son of the late William Faller and Ethel Fountain Faller, William was born on July 15, 1941 in College Point, Queens, NY, where he spent most of his life.

William was retired from the NYC Department of Sanitation, Queens, NY. William was a lifelong weight lifter and the most unforgettable character that everybody loved.

William is survived by his loving wife of 56 years, Mary Louise Hickey Faller; his sons, James, John, George, and William; his daughters, Joyce, Mary and Margaret; 21 grandchildren and 6 great-grandchildren; his sisters, Patty Ann and Ethel; a brother, Edward. William was predeceased by his son, Joseph.