In Memory of
Erick K.
Nedwetzky
1985 - 2016
Click above to light a memorial candle.
Memorial Candle Tribute From
Quigley-Sullivan Funeral Home, Inc.
"We are honored to provide this Book of Memories to the family."
View full message >>>
Menu

In the event that there is an error
in the information presented,
please contact the funeral
home by clicking here. 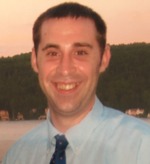 The son of Guenther and Beth Auffredou Nedwetzky, Erick was born on September 22, 1985 in Newburgh, NY.

Erick attended Cornwall Central High School and graduated from Storm King School. He went on to attend Herkimer County Community College. Erick was currently working as a cook and he enjoyed working in this field at many establishments throughout the Hudson Valley.

Erick enjoyed vacationing in Cape Cod with his family and playing Monopoly. He also enjoyed participating in and watching sports. He had a sense of humor that was relished by his family and friends.

Erick is survived by his parents, Guenther and Beth Nedwetzky of Cornwall-On-Hudson, NY; his sisters and their spouses, Danielle and Amit Rao, Nicole and John Polychronopoulos; five nieces and nephews; his paternal grandfather, Andreas Nedwetzky; and many aunts and uncles. He is also survived by his girlfriend, Milagros Maldonado and her children, Alexandra Gonzalez and Gino Molina.