To share your memory on the wall of William Horneman, sign in using one of the following options:

William Charles Horneman, of New Windsor, NY entered into eternal rest on April 29, 2019 at his home. He was 84 years old.

William Charles Horneman, of New Windsor, NY entered into eternal rest on April 29, 2019 at his home. He was 84 years old.

The son of the late Edward Horneman and Mary (Enright) Horneman, Bill was born on December 12, 1934 in New York City, NY.

Bill was a retired Carpenter and a Member of the Carpenters Union in New York City, NY for over 50 years. In his retirement, he enjoyed driving a school bus within the local community.

He will be remembered as a hard working loving father, grandfather and great grandfather that always put his family first. Regardless of what he was doing he always managed to get to his children’s and grandchildren’s events, whether it was watching their sports games ,seeing their plays, or their school graduations. His family was his joy and his love and he will be deeply missed.

There will be no visitation. A Mass of Christian Burial will take place at 11 a.m. on Friday, May 3rd at St. Thomas of Canterbury Church, 340 Hudson Street, Cornwall-On-Hudson, NY.

Donations are being accepted for: The Michael J. Fox Foundation.

We encourage you to share your most beloved memories of William here, so that the family and other loved ones can always see it. You can upload cherished photographs, or share your favorite stories, and can even comment on those shared by others.

Posted May 03, 2019 at 10:30am
Andrea, our prayers go to you and your family, we pray that God receives your father with open arms in heaven, may you and your family feel all the love, all the peace and comfort in the world. May your hearts always be filled with his love, his memories, his values, his teaching. Your father is now an Angel to guide you all from above. Sending our condolences and love. Rest in peace Mr. William.
Nathel & Shariff De Los Santos.
Comment Share
Share via:
V

Posted May 02, 2019 at 12:39pm
Sending comfort , tranquility and unspoken joy during this most difficult time. Praying that your family continue to rely on one another during this grieving process. Take as much time needed to heal; there is no time constraint....Sincere regards from Valerie Tanis, colleague of Andrea Dimedio
Comment Share
Share via:
YR

Posted May 02, 2019 at 10:23am
My thoughts and prayers are with you and your family for this immense loss. Losing a strong figure in life is one of the hardest things many of us will go through. I know he will be missed but he will forever be in your hearts. RIP Mr. William Horneman. Yolanda Rodriguez co-worker of Andrea Dimedio
Comment Share
Share via: 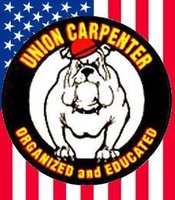 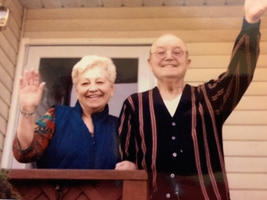 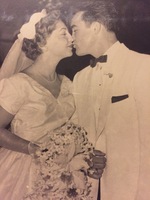 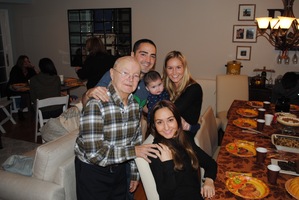