To share your memory on the wall of Walter Murray, sign in using one of the following options:

Walter Murray, age 59, died suddenly on September 1st. The son of Jean Quigley Murray and the late Walter Murray, he was born in Queens and was raised in Cornwall, N.Y.

Walt enjoyed working with his hands, especially small engines and operated a business out of his home. He also loved animals and it wasn't unusual to have chickens, dogs and even a pony in the back yard.

Donations can be made to the Cornwall Volunteer Ambulance Corps., PO Box 151, Cornwall, NY 12518.

Donations are being accepted for: Cornwall Volunteer Ambulance Corps..

We encourage you to share your most beloved memories of Walter here, so that the family and other loved ones can always see it. You can upload cherished photographs, or share your favorite stories, and can even comment on those shared by others.

Posted Mar 02, 2020 at 12:32pm
Walter was a good hearted kind person - I always liked to see him in our neighborhood and we would have very nice conversations. He was a great mechanic and could fix anything - he is missed around here in Firthcliff Heights
Comment Share
Share via:
RL

Posted Sep 08, 2019 at 09:14am
My sincere condolences to the Murray family. May you find support and comfort during this difficult time.
Rosemary Langlitz
Comment Share
Share via: 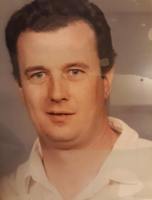