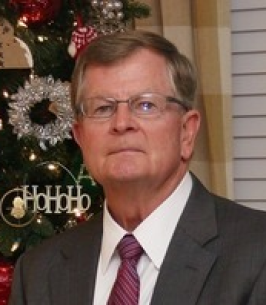 Thomas J. Wojehowski passed away at home on Tuesday December 7, 2021, in Selbyville, DE. He was 70 years old. He had been impacted by early onset dementia for over twelve years.

Tom was born February 3, 1951, in Staten Island, New York to Walter J. and Josephine Blaine Wojehowski. He grew up in Cornwall, New York, one of fifteen siblings. He graduated from Cornwall Central High School in 1969 and was married to Suzanne Brophy Wojehowski in 1970. Tom was a dedicated 30-year employee of Yonkers Contracting Company, Inc. of Yonkers, New York. He was an active member of the Hudson Valley Chapter of the Alzheimer’s Association where he participated in the Peer-to-Peer early-stage program, counseling others recently diagnosed with the disease. He participated in Alzheimer’s Walks, raising funds for research. Over the years Tom enjoyed coaching his sons in Little League and photographing them and their teammates participating in sporting events. Later in life, he enjoyed Yoga and playing Golf and Pickleball at his new home in Delaware. Tom was known for his good sense of humor and outgoing nature and was often referred to as the “Mayor” of his neighborhood. Tom most enjoyed hosting his family who regularly visited, spending time on walks or at the pool or beach.

Tom was predeceased by his parents Walter and Josephine and siblings: Joanne, Walter, Gary, Jerome, and Susie.

The family would like to thank the Hudson Valley Chapter of the Alzheimer’s Association, Orange-Sullivan Walk, 2649 South Road, Poughkeepsie, NY 12601, and Seasons Hospice and Palliative Care of Delaware, 30265 Commerce Drive, Unit 205, Millsboro, Delaware 19966. Memorial donations preferred to either of these groups.

We take great comfort in knowing that Tom knows who he is again. He knows us all.