To share your memory on the wall of Stephen Johnson, sign in using one of the following options:

Provide comfort for the family of Stephen Johnson with a meaningful gesture of sympathy.

Stephen R. Johnson, of Cornwall-On-Hudson, NY entered into eternal rest on January 30, 2019 at his home. He was 71 years old.

Stephen R. Johnson, of Cornwall-On-Hudson, NY entered into eternal rest on January 30, 2019 at his home. He was 71 years old.

He was a 52 year member of Storm King Engine Company #2. He served as Chief, President, Trustee and Chairman of numerous committees throughout the years. Stephen was also a member of the Storm King Volunteer and Exempt Fireman’s Benevolent Association and the Orange County Volunteer Firemen’s Association. He was a member and Trustee of the Cornwall Historical Society. Stephen was an avid Outdoorsman and enjoyed hunting, fishing and camping. In his retirement, he enjoyed processing chickens, raising pigs and making maple syrup. Stephen was a giving person and always lent a hand to anyone who asked. We will miss his crazy sense of humor, quick smile and good nature.

Stephen is survived by his loving wife: Ann L. (Decker) Johnson at home; his daughters: Stephanie D. (Johnson) Lewis of Monroe, NY and Rachel A. (Johnson) Lyons of Montgomery, NY; his grandchildren: Max Lewis and Charlotte Lyons; and his brother: Edward Johnson, sister in-law: Hildegard Johnson and many nieces and nephews. Stephen is also survived by his longtime friends and partners in crime: Robert Brophy, Butch Cocks, Dennis Wood, Harry Maher and Bruce Bryan. Stephen is also survived by his favorite dog Lady, who misses him very much. Stephen was predeceased by his brothers: Thomas, Victor, Jr., John, Sr., William and Robert Johnson; and his sister: Margaret Strom. Stephen was also predeceased by his cat, Shorty.

Visitation will be held from 2 to 4 p.m. and 6 to 8 p.m. on Monday, February 4th at Quigley-Sullivan Funeral Home, Inc., 337 Hudson St. Cornwall-On-Hudson NY. A Chapel Service will be held at 11 a.m. on Tuesday, February 5th at the funeral home. Interment will follow the Service at St. Thomas Cemetery, Cornwall, NY.

We encourage you to share your most beloved memories of Stephen here, so that the family and other loved ones can always see it. You can upload cherished photographs, or share your favorite stories, and can even comment on those shared by others.

Uncle Lou Lofrese, Don and Mary Lou Conklin, and others have sent flowers to the family of Stephen R. Johnson.
Show you care by sending flowers

Posted Feb 04, 2019 at 04:55pm
Stephanie may your father's spirit continue to giude you and your families. You have my deepest sympathy.

Posted Feb 04, 2019 at 02:25pm
Ann and family,
My condolences to you and your family upon the passing of Steve.
I have many good memories of Steve and the most recent of him,me and others sitting at the Cornwall landing reminiscing about growing up in Cornwall. Steve always helped us remember details that we had lost over the years about Cornwall.
He will be missed.
Donnie Deans
Comment Share
Share via:
MW 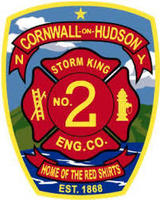 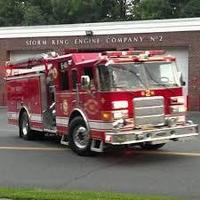