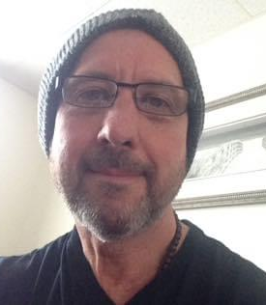 It is with tremendous sadness that we announce the passing of Robert McCarthy, Jr. on Wednesday, October 27th, 2021. Robert was an incredible man and fought a brave fight against ALS for the past eight months. Even in light of his diagnosis, he spent his days spreading tremendous amounts of joy and wisdom to his loved ones and made sure everyone kept smiling and laughing with him until his last day. Robert had a unique ability to have an indelible impact on almost everyone he encountered. Whether it was the patients at the Eastern Orange Ambulatory Surgery Center “EOASC”, his lifelong friends from the New York City neighborhood Inwood, or residents of Cornwall, NY where he has resided for the past 28 years; he always left lasting impressions on the people he met. People will most remember his incredible sense of humor and selfless caring nature for others. To know him was to love him and he was a true gift to us all.

Robert worked incredibly hard to support his family throughout the years, working multiple jobs at times to provide for his family. His adaptability and courage to reinvent himself throughout his life culminated when he decided to become a Registered Nurse at Montefiore St. Luke’s Cornwall Hospital and later EOASC after working 25+ years for FedEx. He adored his job and work family at the surgery center where he took so much pride in being a Registered Nurse in the operating room. This work family showed him endless amounts of love and support during his battle with ALS and recently dedicated an OR Room in his honor the day before he passed away which meant the world to him.

Outside of his career, Robert was a man of many interests and talents. He enjoyed fitness and was a self-proclaimed “gym rat”. He was also a competitive runner earlier in his life and was considered one of the top amateurs in his age group in New York City at that time. He was a lover of music, and you could often hear the sounds of Yes, Genesis and the beautiful tones of Tibetan bowls billowing from his home. Robert loved nothing more than to cook and share his love through his food with his family and friends. He achieved a lifelong dream of becoming a stage actor and starred in many shows through various local theater groups and was beloved on stage. Although he was saddened when he knew he would no longer be able to take the stage due to his diagnosis, he was grateful for the time he spent perfecting his craft and providing people with amazing performances. Above all, his greatest love and achievement were his two children, Terrence and Jaime. There was nothing in this world that meant more to him than them.

Left to cherish the memories are his son Terrence McCarthy and beloved caretaker and daughter in-law Adrienne, his daughter Jaime Evans and son in- law David who kept him (and all of us) laughing until his final days, his life partner and best friend Dawn Lowe who cared for him deeply and her son Daniel who shared Robert’s passion for music and the arts, his ex-wife Catherine, loving mother of his two children who remained close to his heart, his grandchildren Riley Evans, Beck Evans and Owen McCarthy, the true light of his life. Robert is also survived by his loving siblings: Ann Kerrigan, Jeanne McCarthy Wells, Patricia Garcia and William McCarthy along with his many nieces and nephews. Robert had many beloved pets in his lifetime, and he is survived by his precious Luciana, grand-puppy Teddy and grand-kitty Noopie.

We know he is gracing his presence on the heavenly stage, making everyone laugh and will be looking over us always.

Forever our guardian angel. We love you. Always and Forever, Papa.