To share your memory on the wall of Robert Ferris, sign in using one of the following options:

Robert “Bucky” “Bob” William Ferris, Sr. of New Windsor, New York peacefully passed away the morning of June 9, 2021 at Valley View, Goshen, New York at the grand age of 94. He was born on December 30, 1926 at his Aunty Betty’s home in Rock Tavern, the oldest son of Courtney Ellison and Loretta Dobbins Ferris. He grew up on the Ferris Farm on Sarah Wells Trail/Shea Road in Campbell Hall. He loved all aspects of farming except milking the cows!!

Robert was a jack of all trades – worked in a factory in Newburgh, was a milk man for Petelinz Milk Company, was employed at Nicklin’s poultry farm, owned and operated gas stations in Newburgh, Cornwall and New Windsor, a small engine master repair man, parts manager for over 30 years at Newburgh Park Motors and building and maintenance at Barton Chevrolet in Newburgh retiring for the second time from there. He was an usher at St. Francis of Assisi Church for many years.

Visitation will be held from 5:00 p.m. to 8:00 p.m. on Sunday, June 13th at Quigley-Sullivan Funeral Home, Inc., 337 Hudson St. Cornwall-On-Hudson, NY. A Mass of Christian Burial will be held at 10:00 a.m. on Monday, June 14th at St. Francis of Assisi Church, 145 Benkard Avenue, Newburgh, NY. Burial will take place in the family plot St. Francis Cemetery.

Receive notifications about information and event scheduling for Robert

We encourage you to share your most beloved memories of Robert here, so that the family and other loved ones can always see it. You can upload cherished photographs, or share your favorite stories, and can even comment on those shared by others.

Your Friends at WIN WASTE INNOVATIONS sent flowers to the family of Robert W. ""Bucky" "Bob"" Ferris.
Show you care by sending flowers

Posted Jun 14, 2021 at 03:27pm
Best neighbor ever! When we moved to our Jackson Ave home across the road from Bob & Rose in 1980, we came from Long Island and new nothing of wells and septic tanks. Whenever we had a problem, it was Bob to the rescue. I particularly remember a very cold Christmas morning when we woke to find no water because the pump had frozen. Bob showed us where to put a 100-watt shop light, and 20 minutes later we had water. He also rescued us many winters with snow plow and snow blower. A truly wonderful neighbor and friend. My condolences to the Ferris family, Wishing all God's love, comfort and peace. - Judy Lorkowski
Comment Share
Share via:

Thank you, Judy for your beautiful memory of our Dad. He truly was a jack of all trades!! Jeanne Ferris Versweyveld.
BD

Your Friends at WIN WASTE INNOVATIONS

Posted Jun 11, 2021 at 11:45am
May God Grant you the Grace to get through this tough time. Our thoughts and prayers are with you. Sorry for your Loss. With Deepest Sympathy.

Your Friends at WIN WASTE INNOVATIONS purchased the Bright and Beautiful Spray for the family of Robert Ferris. Send Flowers

Flowers were purchased for the family of Robert Ferris. Send Flowers 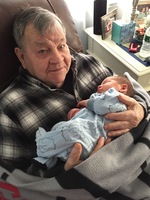 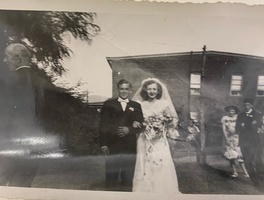