To share your memory on the wall of Richard Carpenter, sign in using one of the following options:

Provide comfort for the family of Richard Carpenter with a meaningful gesture of sympathy.

Richard (Dick) Carlton Carpenter died August 25, 2019, at his home in Mountainville, New York, after a brief illness. He will be missed by his family and friends.

Dick was born October 29, 1928 in Hawthorne, New York to Carlton and Mildred (Schnebbe) Carpenter. He graduated Briarcliff High School in 1946, where he played varsity baseball, football and basketball. After high school he served in the United States Army. He was a member of the United States Constabulary in Berlin, Germany until 1948. After an honorable discharge, Dick attended Champlain College and the University of Vermont. Later in life he graduated from the ABA Stonier Graduate School of Banking.

There are many family memories of Dad listening to the fire radio at home. Once the Mountainville siren sounded, how Dad would rush out and jump in the car to head to the fire. Of course the car was preloaded with all his turnout gear, plus one Indian tank. More than once he extinguished a fire by himself before the truck arrived.

While attending UVM he met Joan Lois Scribner whom he married on June 27, 1953 in Lyndonville, Vermont. They settled in Mountainville on Mineral Springs Road where he died. Their union produced two children, David Scribner Carpenter of Cabot, Vermont and Stacey Ann (Carpenter) Wygant and husband George of Marlboro, New York. His wife of 57 years, Joan died on September 20, 2010. On August 20, 2013 Dick married Alice J. Alger who survives him. He is also survived by a sister Carol Porter of Florida; grandchildren – Zara and Samuel, Lindsay and James; and three great –grandchildren.

A Celebration of Dick’s Life will be held from 2 to 5 p.m. on Sunday, September 1st at Quigley-Sullivan Funeral Home, Inc., 337 Hudson St. Cornwall-On-Hudson, NY. A Firematic Service will take place at 5 p.m. followed by Military Honors.

Donations are being accepted for:
End Polio Mountainville Engine Co. #3

We encourage you to share your most beloved memories of Richard here, so that the family and other loved ones can always see it. You can upload cherished photographs, or share your favorite stories, and can even comment on those shared by others.

Greater Newburgh Rotary Club, The Felters, and others have sent flowers to the family of Richard Carlton "Dick" Carpenter.
Show you care by sending flowers

Posted Aug 31, 2019 at 07:39am
With our deepest sympathies, Your Samaritian Daytop Rhinebeck family.

Blooming Garden Basket was purchased for the family of Richard Carpenter. Send Flowers

Posted Aug 28, 2019 at 06:13pm
So my best memory of Uncle Dick was the year he took me hiking in the area around Glover Vermont. I had mentioned to him that I wanted to go and one day he simply said"Let's go" and we did. It was a simple day hike and deep in the woods but we read a map and hiked to a fire tower and of course, had to climb it to see the view. It was an awesome day in the woods of VT and no there were no fires to be seen at least on that day. I remember that trip to this day and it happened almost 40 years ago now.
Ben Prescott
Comment Share
Share via:
GC

The Felters purchased flowers for the family of Richard Carpenter. Send Flowers

Posted Aug 27, 2019 at 10:05am
With loving memories of "Richard Carpenter", We have sooooo many happy & beautiful memories of our families together, what a treasure. Love U All.

The Waryold Family purchased flowers for the family of Richard Carpenter. Send Flowers 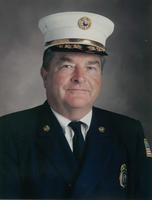 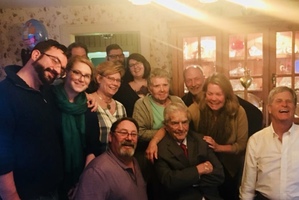 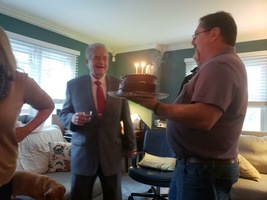 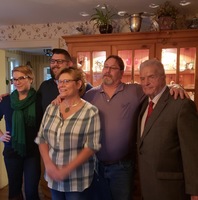