To share your memory on the wall of Ralph Costanzo, sign in using one of the following options:

It is with a heavy heart we announce the passing of our beloved husband, father, grandfather, brother, and uncle Ralph B. Costanzo, of Cornwall-on-Huds... Read More
RALPH B. COSTANZO
July 19, 1933 – April 3, 2020
Cornwall-On-Hudson, NY

It is with a heavy heart we announce the passing of our beloved husband, father, grandfather, brother, and uncle Ralph B. Costanzo, of Cornwall-on-Hudson, NY on April 3, 2020 at Montefiore St. Luke's Cornwall Hospital, Newburgh, New York. He was 86 years old.

The son of the late Ralph G. Costanzo and Mary (Santomassino) Costanzo, Ralph was born on July 19, 1933 in the Bronx, NY.

Ralph graduated from Gompers High School and joined the US Navy during the Korean Conflict 1952-1956. He proudly served on the Submarine USS ODAX-SS484. Later he belonged to the SubVets Association.

Ralph was employed as a draftsman by The Wall Street Journal. Through this job he worked at Kodak in Rochester, NY on drawings for space flights.

In 1961 he married his loving and devoted wife Lucille Cavallo. He told her the day he met her he was going to marry her. Together they had three children in the Bronx. In 1969 their family moved to Cornwall On Hudson, NY at the urging of Lucille's brother Tony Cavallo. Cornwall On Hudson became home and they all enjoyed country living. The Costanzo's and Cavallo's grew up as one and enjoyed special occasions and holidays together.

After working as a draftsman Ralph became a New York City Fireman at Engine 88 Belmont Ave /Arthur Ave Bronx, New York, which was a job that he loved so much and retired from. He made us proud to be among the bravest! He was also a Trustee of the Columbia Association and a member of the FDNY Holy Name Society.

Ralph was an active, honored member of the American Legion Post 1796 and cherished many wonderful friendships there. For many years he was a member of the Lions Club. Ralph enjoyed playing racquetball for almost 25 years at Gold's Gym and always stayed in good shape. He had a great sense of humor and always wanted to leave people laughing. He loved fishing in Montauk, having a garden, and keeping his lawn with precision and every attention to detail. Following the Yankees was also another favorite pastime of his. Ralph often spoke about how he raced pigeons in his younger years as a hobby too.

A family statement reads: “Our family will never be able to express the sorrow and loss of our husband, dad, and Poppa. He ALWAYS did everything for his three children that made them the people they are today. How do we let go, and how do we gather up the fragments of our broken hearts? Listen closely Ralph and Dad, because we will be talking to you from down here everyday....until we meet again! We love you Dad and will miss you forever! ”

Ralph is survived by his loving wife, Lucille A. (Cavallo) Costanzo at home; his daughter: LeeAnn (Costanzo) Sargeant and her husband Alan of Cornwall-On-Hudson, NY; his sons: Ronald Costanzo and his wife Danielle of Cornwall-On-Hudson, NY and Steven Costanzo and his wife Carla of Cornwall, NY; and his seven grandchildren, Nicholas, Natalia, Juliana, Alana Lee, Alexander, Libby, and Mia. As well as his
brother Joseph Costanzo and his sister-in law Betty Cavallo.
Ralph will also be missed by his many nieces and nephews: Joe and Kathy Cavallo, Alicia and Ted Hughes, Tony and Kara Cavallo, Amy and Clint Barkdoll, Anthony Costanzo, Chris and Mona Costanzo, MaryAnn and John Costabile, and Joe and Laurie Costanzo, and the Krisch’s. As well as many great nieces and nephews, and very close family friends.

Ralph is predeceased by his parents, sister Roseanne and husband Frank Krisch, and brother- in law Anthony Cavallo, as well as many brothers in the FDNY.

We would like to thank Dr. M. Chowdhury and St. Luke’s Hospital during this difficult time.

Due to the public health concern of the coronavirus a celebration of Ralph's life will be held at a later date. An announcement will be posted. On behalf of our family thank you for your understanding and your invaluable support.

Memorial Contributions in Ralph’s name may be made to the Storm King Engine Fire Company in Cornwall on Hudson, NY 12520

Receive notifications about information and event scheduling for Ralph

Print
Due to the public health concern of the coronavirus a celebration of Ralph's life will be held at a later date. An announcement will be posted. On behalf of our family thank you for your understanding and your invaluable support.

Donations are being accepted for: Storm King Engine Company #2.

We encourage you to share your most beloved memories of Ralph here, so that the family and other loved ones can always see it. You can upload cherished photographs, or share your favorite stories, and can even comment on those shared by others.

Posted Apr 05, 2020 at 05:29pm
To Ron and the entire family ,
Many great memories with Dad and Uncle Tony , Two perfect gentlemen that will always be missed .
Sincerely,
Kenny DeWitt
Comment Share
Share via:
RF

Posted Apr 05, 2020 at 11:14am
Our love and prayers go out to Lucille and family on Ralph's passing.
Ray and Betty Fitzgerald
Karen and Jim Gonyo
I am proud to say Ralphie was a friend of mine.
We had our Bronx neighborhoods and love of the Yankees and we both enjoyed telling dumb jokes. Mine were better. He will be missed at the American Legion where he was a loyal member.
Fairwell and rest in peace.
Ray Fitzgerald
Comment Share
Share via:
D

Posted Apr 04, 2020 at 10:13pm
To our Costanzo cousins we send our deepest condolences and love , so many memories of our trips to Cornwall , we always had fun and Ralph always had us laughing , RIP Ralph until we meet again , love Ricky and Diane ❤️
Comment Share
Share via:
MT

Posted Apr 04, 2020 at 07:13pm
Our Sincerest condolences. Ralph was one of a kind. I looked forward to seeing him at American Legion Post and will miss his jokes, his laughter and his presence.
Comment Share
Share via: 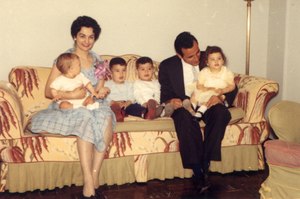 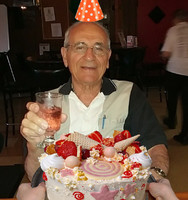 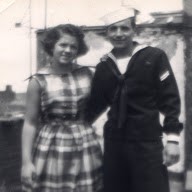