To share your memory on the wall of Pablo Alvarez, sign in using one of the following options:

Written by his son: Paul Alvarez:

Written by his son: Paul Alvarez:

As a child, he’d go to airshows in the country side with his family. He was inspired to be a pilot, but after seeing a severe plane crash, his family forbid him to even consider it. He wandered too close to the crash, and was never able to eat Italian food with red sauce after that.

My dad was supposed to hand in the tuition money weekly, but instead would skip school and go to the theaters every day. He was caught by my grandfather, and put to work, in the family store, so he’d learn the importance of education. This backfired and my dad turned out to love making money; he never finished High School.

My parents came to NYC in 1952 because they wanted to be Americans. They had learned English but not that well; I always said that my father’s English wasn’t very good but his Spanish was worse.

They had me in 1965, and my first memory of him was sitting in a recliner together watching a movie. Later he’d take me to the movie theaters and we’d watch movies which he didn’t always understand; foreign classics and movies from the second golden age of Hollywood. The most incomprehensible movie to him was Monty Python and the Holy Grail which he referred to as Los Comemierdas Con Los Cocos (The A- - holes With The Coconuts).

My dad got a Busboy job at the Four Seasons restaurant on Park Avenue around 1964 and that lasted 20 years until he was laid off. I was born in NYC during a blizzard, where my dad got lost in central park on the way to the hospital; he refused to ever drive through Central Park ever again

When I freelanced he would often drive me and my equipment to locations and wait for me. He never complained. One time when I was working a fashion show, he was supposed to come pick me up. I was going crazy, because he was late and this was before cell phones. I eventually found him sitting quietly, in the dressing room, waiting to see if I would happen to walk by. He was surrounded by many gorgeous women walking around in their undies (or less) getting made up, and putting on dresses. They never noticed him and I never really blamed him for not being more proactive in searching for me.

There’s a lot more I can say about my dad, maybe too much. These are some of the good things I remembered and had a lasting impression on me. I will say that in the final moments with your loved ones you will undoubtedly remember everything you ever argued about, every lost moment to say something nice to them and even to let them know about things that you did which they would have loved to hear. Share the small things and the great things. Tie up the loose things and make a list of all the stuff you always forget to tell them and remember on the way home. Don’t put any of it off and find time to be with them.

Pablo is survived by his wife Marta, his son Paul, His daughter-in-law Donna and his two granddaughters Barbara and Stephanie.

Thank you to everyone who has been showering me with good wishes, condolences and love. Be safe and healthy, love to your families. I miss seeing you all. Oh, yes and the hugging too.
Read Less

Receive notifications about information and event scheduling for Pablo

Print
Due to the public health concerns of the Corona Virus (Covid-19), services for Pablo are private. On behalf of the family, thank you for your understanding and support during this difficult time.

We encourage you to share your most beloved memories of Pablo here, so that the family and other loved ones can always see it. You can upload cherished photographs, or share your favorite stories, and can even comment on those shared by others.

Posted Jun 06, 2020 at 09:56pm
Although I’ve known Pablo almost all my life, I can’t remember the first time I met him. I must have been tremendously young, since his son and I met in school when we were five years old, circa 1970. I remember a day trip to Bear Mountain State Park (Rockland County, New York) that his family and mine took in 1980, during which we had all kinds of fun, and Pablo was always there with an anecdote or a joke to keep the good times rolling. He introduced me to malted milk, which later I would shun as not being good for my waistline, but we both found cars to be a subject of endless conversations. Pablo was always a gentle soul, fun and easy to talk to, and a devoted husband and father. May his soul rest in peace in God’s glory. 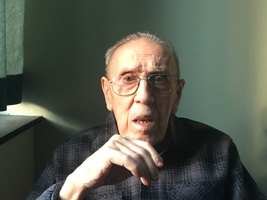 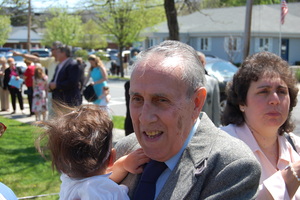 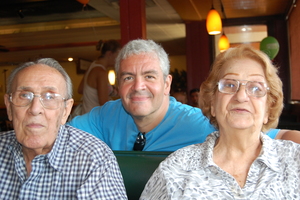 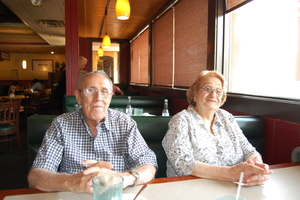