To share your memory on the wall of Mary June Kavanagh, sign in using one of the following options:

“ Junie” was born in Utica, NY, the daughter of Josephine Dougher Guilfoyle and Henry Guilfoyle. She graduated from Utica Free Academy and attended The College of St. Rose and graduated in 1949 with her Nursing Degree.

In May 1953, she married Bertram P. Kavanagh of Troy, NY. Family life began in Troy as Junie and Bert welcomed 4 children. In 1967, the family relocated to Cornwall on Hudson. Junie continued her nursing career in various positions. Eventually, she furthered her education and became one of the first Nurse Practioners in the Newburgh Enlarged City School District. She was well respected and admired for her many years in a number of the elementary schools.

Junie was a devout Catholic, worshipping at both St. Thomas of Canterbury and St. Patrick’s. For over 20 years, Junie lived independently in Plum Point, New Windsor and Venice, Fla. where she had many friends.

The family would like to acknowledge Carmela and John Staples for their enduring years of friendship to her and all the Kavanagh family. We also would like to recognize Rose Pospiech and Frank Tepedino for their devoted care and companionship.

Visitation will be at Quigley- Sullivan Funeral Home, 337 Hudson Street, Cornwall on Hudson, NY on Thursday February 7th, from 4 pm - 8 pm. A Mass of Christian burial will be at St Patrick’s-St Mary’s, 55 Grand Street, Newburgh, NY at 10 am Friday February 8th. Interment will follow the Mass at St Thomas Cemetery, Cornwall, NY.

In lieu of flowers, the family requests donations to The Newburgh Ministry, 9 Johnston Street, Newburgh, NY 12550.

Donations are being accepted for: The Newburgh Ministry.

We encourage you to share your most beloved memories of Mary June here, so that the family and other loved ones can always see it. You can upload cherished photographs, or share your favorite stories, and can even comment on those shared by others.

Our condolences to your family. May your memories of the wonderful times you shared with Mrs. Kavanagh comfort you and your family, today and always.

Posted Feb 08, 2019 at 08:41am
Bridget, you and your family are in heart at this sad time. I can see where your bright spark comes from in this photo of your dear Mother! My sincere condolences.
Comment Share
Share via:
CH

Posted Feb 07, 2019 at 08:14pm
My condolences to the Kavanagh families. Your parents were some of the nicest people to know, as well as their children. Great family. Sincerely, Charlie Hanretta, Clayton, Delaware
Comment Share
Share via: 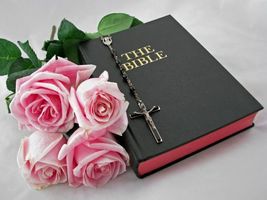 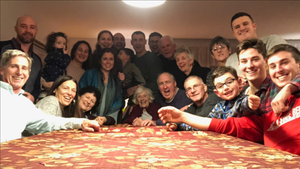 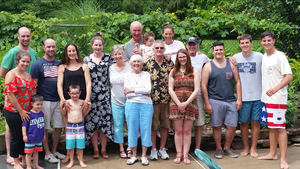