To share your memory on the wall of Lorraine Bennett, sign in using one of the following options:

Lorraine (Meyers) Bennett, long-time resident of Cornwall, died on July 13, 2020 in Bedford, Massachusetts, where she had moved in 2014 to be close to her daughter Susan. She was 96.

She was born in Jersey City, New Jersey, on January 13, 1924, the daughter of Albert and Anna Mae (Rouff) Meyers and moved to Cornwall as a young child. Mrs. Bennett attended the Cornwall public schools and graduated from the Jersey City Medical Center School of Nursing with an R.N. degree, where she was a member of the Cadet Nurse Corps during World War II. She continued her education as an adult, earning her BA degree from the Empire State College and then taking graduate courses at Russell Sage College. She pursued a career first as a school nurse and then as an English teacher at the James O’Neill High School in Highland Falls, retiring in 1990 after 32 years of service. Mrs. Bennett was a strong teachers’ union advocate and served on negotiating committees to improve compensation and benefits for her profession.

Long active in Republican politics, she served for many years as the Chairwoman of the Cornwall Republican Committee. She was the first woman member of the Cornwall Town Board and chaired the Cornwall Planning Board for a number of years. One of the highlights of her time in politics was her selection as a delegate to the Republican National Convention in 1976, where her colorful hat attracted media attention.

Mrs. Bennett had many other interests. She was a long- time docent at the Storm King Art Center and a volunteer for the Cornwall Hospital Auxiliary. She assembled a wonderful collection of 19th and 20th century dolls and was a member of the Hudson Valley Doll Club. An accomplished quilter, she belonged to the Quilters of the Hudson Highlands. She was an avid reader and her residences were always overflowing with books. Mrs. Bennett loved spending time on Cape Cod where she maintained a second home. She was an accomplished writer and was a columnist for the Cornwall Local. She was a proud member of the Daughters of the American Revolution.

Interment was private at Pleasant Hill Cemetery in Cornwall.

Receive notifications about information and event scheduling for Lorraine

Print
Due to the public health concerns of the Corona Virus (Covid-19), services for Lorraine will be private. On behalf of the family, thank you for your understanding and support during this difficult time.

We encourage you to share your most beloved memories of Lorraine here, so that the family and other loved ones can always see it. You can upload cherished photographs, or share your favorite stories, and can even comment on those shared by others.

Posted Jul 19, 2020 at 03:44pm
I was a new teacher union delegate to the state and national conventions.
We used to meet once a month at Bear Mountain with other teachers from across our election district.
Lorraine taught me so much about politics , teaching , negotiating,ethics - and just being a fair and decent human being .
She cared deeply about not only education issues but human issues. And you ALWAYS knew where she stood on a given issue.
She was a great role model. Always dressed and groomed beautifully .Quite a lady. I have thought of her often over the years -as recently as last week . Her leadership and humor would be so welcome today! Such a class act -even when on the opposite
side of an issue. She treated the opposition so well they wanted to be able to have her on their side or BE on her side next time around. Lorraine's service was just amazing. I admired her greatly. Deepest condolences.
Pam Mather-Cathy

Posted Jul 18, 2020 at 10:29am
I could go on and on about Mrs. Bennett. She was a leader in our community, and that's putting it mildly. She was one of the people that made the Town of Cornwall a great place to live to this day. One thing about Mrs. Bennett, you knew where you stood ! No political correctness with her! She would "tell it like it is". She fought hard for the people in Firthcliffe Heights when many wells would go dry every summer. She was the leader in getting town water put in even though she had a good well and didn't need it . She always fought for the common good. When I was maybe 8 or 9 years old I took a bad fall from high up in a tree. As I fell a limb sliced my thigh open . Mrs. Bennett heard my mom screaming for help. I was bleeding very badly. She wrapped me up and put me in her car and got me to Cornwall Hospital. She Saved My Life... Our Sincere Condolences to Kathy, Susan , Jamie and the rest of the family. Rest In Peace "Aunt Lorraine" George, Liz, Mary, Katrice Ewanich
Comment Share
Share via:
DG

Posted Jul 15, 2020 at 10:03pm
Mrs. Bennett was our School Nurse at O'Neil High. Many good memories of her in the late 1960s. She was tough but fair and always knew when we needed her expertise. My sympathies to her family and friends. The world is a better place because she was in it. Debra Basye Galu
Comment Share
Share via: 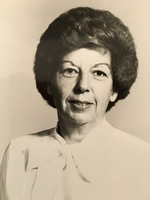