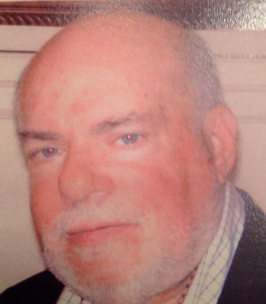 Joseph M Campo, of Stuart Florida and New Windsor, NY entered into eternal rest on August 3, 2022. He was 81 years old.

The son of the late Vincent Campo and Marianne (Lynch) Campo, Joseph was born on April 21, 1941 in Brooklyn NY.

Joseph was an icon in the men’s clothing industry. He was always the best dressed man in the room. He graduated from the Fashion Institute of Technology in New York City. Joseph started his professional career at Brooks Brothers in NYC, then considered the Ivy League of men’s clothing. He took care of celebrity customers who required his finesse. He then went on to Paul Stuart’s helping them to become one of the first US retailers to expand to Japan. He later moved to Florida and was a Regional Buyer for Jordan Marsh, where he was one of the first U.S. merchants to take a chance on a then young designer, Ralph Lauren. Joseph ended his career working as Vice President for Pietrafesa Company. When he retired from Pietrafesa, he returned to his roots, servicing celebrity customers and training new recruits for Ralph Lauren in Short Hills, NJ. Joseph was never seen without his signature Fedora or Panama hat, depending on the season.

Joseph was an avid reader, NY Yankee fan, volunteer for Habitat for Humanity and he enjoyed his summers in Montauk, Long Island with his family. His wife, his daughter, and his 4 grandchildren and his 2 Great grandchildren were everything to him.

Joseph is survived by his beloved wife: Arlene of 57 years; his daughter: Dina Bryan and her husband Jim; his 4 grandchildren: Christopher McLaren, Courtney Bryan, Janine (Dylan) Peck and Jacqueline Bryan; his 2 great grandchildren: Brayden and Jake; and his loving puppy Max. In addition to his parents, Joseph was also predeceased by his brothers: Paul and Anthony Campo. He is also survived by his siblings: Vincent, Valerie, Carmela, Rosalie Campo, Donna Horne, Linda Greco; and his sister-in-law: Pat Campo; and his many nephews and nieces.

In lieu of flowers, contributions in Joseph’s name may be made to the Humane Society of Walden., 2489 Albany Post Rd, Walden, New York 12586, www.waldenhumane.org.