To share your memory on the wall of Jimmy (Dimitrios) Skoufis, sign in using one of the following options:

Jim (Dimitrios) G. Skoufis, of Brooklyn NY entered into eternal rest on July 13, 2020 with his loving family by his side at NY Presbyterian Hudson Valley Hospital, Cortlandt, NY. He was 94 years old.

The son of the late George D. Skoufis and Maria (Protopapas) Skoufis, Jim was born on May 13, 1926 in Agia Triada, Oreinis, Nafpaktias.

Jim emigrated from Greece to the United States in 1968. He was proud of the life he made for himself and his family. He spent his working years as a Server for Nathan’s Famous Hot Dogs in Coney Island, NY.

A family statement reads: “Dimitrios ‘Jim’ Skoufis was a beautiful family man. His wife, children and grandchildren were the center of his world. He was a great father and grandfather who was very nurturing and sweet. Incredibly generous to anyone who needed his help, he had a heart as big as the world. He believed that whatever you decided to do in your life, make sure it’s what makes you happy.” He will be missed greatly.

Visitation will be held from 2 p.m. to 5 p.m. on Saturday, July 18th at Quigley-Sullivan Funeral Home, Inc., 337 Hudson Street, Cornwall-On-Hudson, NY. Due to the continued public health concerns of covid-19, please know that there is an occupancy limitation which may cause a wait time. Facial coverings must be worn in the funeral home at all times.

Jim will be laid to rest in his home town in Agia Triada, Oreinis, Nafpaktias Cemetery.

Receive notifications about information and event scheduling for Jimmy (Dimitrios)

We encourage you to share your most beloved memories of Jimmy (Dimitrios) here, so that the family and other loved ones can always see it. You can upload cherished photographs, or share your favorite stories, and can even comment on those shared by others.

Flowers were purchased for the family of Jimmy (Dimitrios) Skoufis. Send Flowers

Flowers were purchased and a memorial tree planted for the family of Jimmy (Dimitrios) Skoufis. Send Flowers 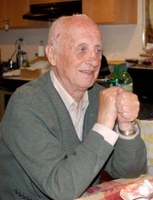 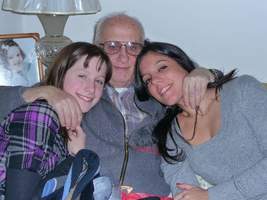 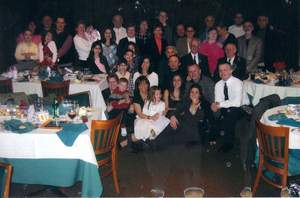