To share your memory on the wall of James Masterson, sign in using one of the following options:

James “Jim” R. Masterson, of Montgomery, NY entered into eternal rest on January 14, 2021 at his home surrounded by his loving family. He was 58 years old.

The son of the late Lawrence M. Masterson and Judith M. (Sheedy) Masterson, James was born on April 28, 1962 in Manhattan, NY.

James was employed at Entergy Indian Point Energy Center in Buchanan, NY. He was a Parishioner of St. Mary’s Roman Catholic Church in Washingtonville and a Life Member of Independence Fire Company in South Blooming Grove.

A family statement reads: “James was a devoted and loving husband, father and grandfather who worked hard his whole life. He will be missed beyond measure”.

Visitation will be held from 4 p.m. to 8 p.m. on Tuesday, January 19th at Quigley-Sullivan Funeral Home, Inc., 337 Hudson Street, Cornwall-On-Hudson, NY. Due to the continued public health concerns of covid-19, please know that there is an occupancy limitation which may cause a wait time. Facial coverings must be worn in the funeral home at all times.

A Mass of Christian Burial will be held at 10 a.m., Wednesday, January 20th at St. Mary’s Church, 42 Goshen, Avenue, Washingtonville, NY. Interment will follow the Mass at St. Mary’s Cemetery.

Receive notifications about information and event scheduling for James

Donations are being accepted for: South Blooming Grove Fire District.

We encourage you to share your most beloved memories of James here, so that the family and other loved ones can always see it. You can upload cherished photographs, or share your favorite stories, and can even comment on those shared by others.

Kirtland & Laverne Young, Cyndee, Matt & Jason, and other have sent flowers to the family of James R. Masterson.
Show you care by sending flowers

Posted Jan 18, 2021 at 09:35pm
Wishing you peace to bring comfort, the courage to face the days ahead, and loving memories that you will forever hold in your hearts.

Posted Jan 18, 2021 at 08:16pm
From the time Jimmy 1st came to Indian Point Unit #3 as a worker for Vikem in the mid 80's he had one goal, and that was take care of his family. He progressed as a member of the Rad Waste organization and was a valued co-worker and friend for over 30 years. I pray for his family and friends at IPEC to always remember the goodness in his heart. RIP Jimmy!! Pat O'Neill
Comment Share
Share via:
JL 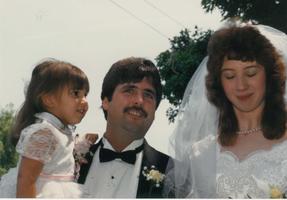 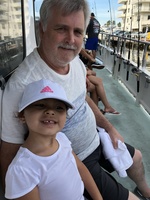 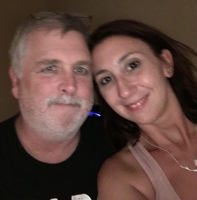