To share your memory on the wall of James Golon, sign in using one of the following options:

James “Jim” Golon, of New Windsor, NY entered into eternal rest on September 20, 2019 surrounded by his loving family. He was 73 years old.

The son of the late Joseph George Golon and Regina Marie (Piekarski) Golon, James was born on April 6, 1946 in Glen Cove, NY.

James was a retired Traffic Engineer for the County of Nassau on Long Island.

James honorably and proudly served his country as a member of the U.S. Army during the Vietnam Era.

Throughout his life, James was an avid participant in numerous hobbies and sports. He was also an active volunteer in youth baseball and as a skeet shooting instructor at West Point Military Academy. His gentle kindness has touched and influenced the hearts of many. He will be missed greatly.

James is survived by his loving wife: Diane (Jaskot) at home; his son: Justin and his wife Cynthia; his siblings: Janet Carpenter, Linda Goess, Gloria (Bert) Kraskinski, Thomas (Janet) Golon, and Peter Golon; and his nieces and nephews.

Visitation will be held from 3 to 5 p.m. and 7 to 9 p.m. on Thursday, September 26th at Quigley-Sullivan Funeral Home, Inc., 337 Hudson Street, Cornwall-On-Hudson, NY. A Mass of Christian Burial will be held at 10 a.m. on Friday, September 27th at St. Thomas of Canterbury Church, 340 Hudson Street, Cornwall-On-Hudson, NY. Interment with Military will follow the Mass at Woodlawn Cemetery, New Windsor, NY.

Receive notifications about information and event scheduling for James

We encourage you to share your most beloved memories of James here, so that the family and other loved ones can always see it. You can upload cherished photographs, or share your favorite stories, and can even comment on those shared by others.

Patty Aylward, Ed and Melinda, and other have sent flowers to the family of James "Jim" Golon.
Show you care by sending flowers

Posted Sep 26, 2019 at 07:59am
My thoughts and prayers are with all of you. May you always cherish the warm memories of all the good times you had with Jim. Love always.

Posted Sep 25, 2019 at 08:22pm
Wishing you peace to bring comfort, courage to face the days ahead and loving memories to forever hold in your hearts.

Ed and Melinda purchased flowers for the family of James Golon. Send Flowers

Posted Sep 25, 2019 at 03:42pm
Our most heartfelt sympathies for your loss. Our thoughts are with you and your family during this difficult time.

Flowers were purchased for the family of James Golon. Send Flowers

Flowers were purchased for the family of James Golon. Send Flowers 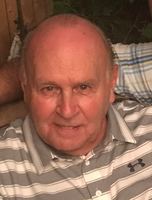 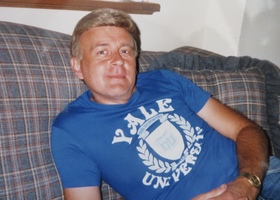 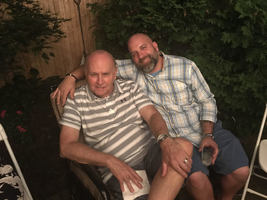 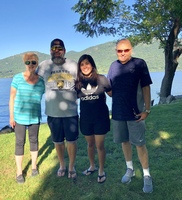