To share your memory on the wall of Gary Johnson, sign in using one of the following options:

The son of the late George Alfred Johnson and Melva Colleen (Taylor) Johnson, Garry was born on March 19, 1951 in Suffern, NY.

He was a longtime member of the Cornwall Independence Day Committee. A family statement reads: “Garry made an impact on everyone who met him. He was a multi-talented autodidact with an artistic soul. Hard-working, resourceful, and self-reliant, he had a particular sense of humor and outlook on life. Dad always signed off with a hearty kiss: ‘mwah!’ He will be missed greatly”.

In lieu of a memorial service we have set up a Memorial Grove in Garry's name through Trees for a Change, https://www.treesforachange.com/

Receive notifications about information and event scheduling for Gary

Donations are being accepted for: Trees For A Change.

We encourage you to share your most beloved memories of Gary here, so that the family and other loved ones can always see it. You can upload cherished photographs, or share your favorite stories, and can even comment on those shared by others.

Posted Dec 05, 2020 at 02:03pm
We were saddened to hear the news of Garry's passing. We send our heart felt sympathies. Garry was an excellent craftsman with a great aesthetic sense and an engaging mind. He was a good man and he will be missed. Dan Poindexter and Family
Comment Share
Share via:
GM

Posted Oct 27, 2020 at 12:35pm
Vicki, Kate, Victoria and Garry Jr. So sorry for your loss. You are all in my prayers and thoughts. Genie Mastropierro
Comment Share
Share via:
FD

Posted Oct 19, 2020 at 10:38am
Gary was more than an excellent contractor he was a true craftsman. Intelligent , thoughtful, Civic minded and a most kind hearted man. All who knew him and the Cornwall Community will greatly miss him. Fred Diehl
Comment Share
Share via:
JQ

Posted Oct 11, 2020 at 02:55pm
So sorry and surprised to hear this news. I always thought I would see him coming up the driveway again...surprise visits. So many stories, so much fun! My whole family sends condolences to your family. I am very sad.
Comment Share
Share via:
MQ

Posted Oct 11, 2020 at 12:10pm
I am so sorry to hear about Gary. I have so many fun memories from our high school days. He was always such a great guy! My condolences and prayers are with all of you. I wish you all my very best.
Margi Quail
Comment Share
Share via: 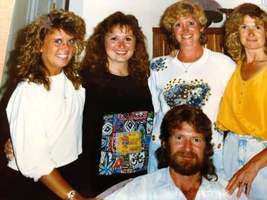 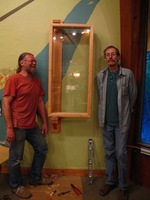 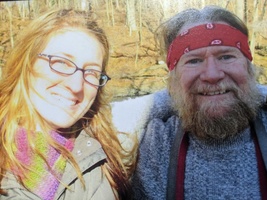