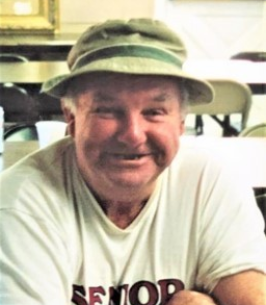 Donald Fay, of Cornwall, NY entered into eternal rest on July 22, 2022 at Wingate at Beacon, Beacon, NY after a short illness. He was 88 years old. He was married to Bonnie J. Fay for 60 years.

Donald retired from the Bear Mountain State Park where he was employed for more than 32 years. During his time at Bear Mountain, he held several jobs, and retired as a plumber.

Donald honorably and proudly served his country as a member of the US Navy. He was an active lifetime member of the Silver Fox Sportsman’s Association for almost 55 years. His love of hunting, fishing and the outdoors made his participation in the Silver Fox Family one of the joys of his life.

Donald and his wife Bonnie served as foster parents to more than 200 children in need over the course of 25 years.

A family statement reads: “Donald had a strong personality and lived his life the way he wanted. He was a loving father, a good friend, and a proud grandparent. He was a very forthright person; you always knew where you stood with him. One of his greatest joys was taking care of his yard and garden. Many of the neighbors would stop by for a chat while he was working outside. He always enjoyed the time he spent with his grandchildren.” He will be missed greatly by everyone that knew him.

Donald is survived by his beloved wife: Bonnie J. (Howard) Fay at home; his daughters: Donna E. (Fay) Levien and her husband David and Mercedes Martinez; his sons: Frederick Fay and his wife Lisa and Edward Fay and his fiancée’ Maya; 7 grandchildren: Daniel, Nicholas, Chantell, Cody, Heather, Lily and Milan; 3 great grandchildren: Sophia, Lorenzo and Audrey; as well as his sister: Marie Crill; and a large number of beloved nieces and nephews. Donald was predeceased by his daughter: Bonnie Heather Fay; his son: Barone Hill; his brother: Thomas P. Fay; and by his sisters: Florence Douglas and Dorothy Donato.

In lieu of flowers please plant a tree, garden, or make a financial donation to the Silver Fox Sportsman’s Association in his name.