To share your memory on the wall of Donald Davidson, sign in using one of the following options:

Don proudly served his country at home in the Army National Guard, enlisting in July 22, 1963, where he served in the Reserves as a cook for 6 years. Don went on to become an Executive at Phillip Morris for 25 years and then Sprint Corporation, where he spent the last 10 years of his career in Warrenton, Virginia. Don retired with his wife Eileen to Walden, NY in 2007 to spend time with his children and grandchildren.

A family statement reads, “Family was the most important thing to Don Davidson. He loved spending time with his children and grandchildren, particularly cooking for them. He loved the holidays and family gatherings.” Don was active in the Catholic Church. He was a lector, as his wife was the director of CCD, at St. Edwards Church in Florida, NY, where they raised their family.

We encourage you to share your most beloved memories of Donald here, so that the family and other loved ones can always see it. You can upload cherished photographs, or share your favorite stories, and can even comment on those shared by others.

The Corcorans purchased the Medium Dish Garden for the family of Donald Davidson. 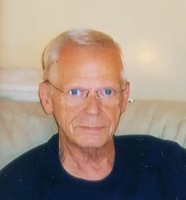