To share your memory on the wall of Derrol Dennis, sign in using one of the following options:

Provide comfort for the family of Derrol Dennis with a meaningful gesture of sympathy.

Derrol had a distinguished 30 year career in the Air Force, achieving the rank of Colonel. His last position was Chief of Pacific Air Force’s Intelligence Command. After his retirement from the Air Force, Derrol joined the Civil Service where he mapped cruise missile targets for the Navy. His career inspired his son Dan, grandson Danny and granddaughter Dorothy to serve their country as well. In a touching ceremony, Derrol was able to commission Danny into the Army at West Point last spring. He was married to Evelyn for 64 years. Derrol is preceded in death by his mother and father, brother George, sister Colleen and his son David. He is survived by his loving wife Evelyn, brother Dewey (Sue), sons; Randall (Becky), Allen and Daniel (Jane), grandchildren; Jason, Jeffery, Hannah, Emily, Danny, Dorothy and step-grandchild Tarek Noriega.

Donations are being accepted for: Kiwanis Club of Clermont.

We encourage you to share your most beloved memories of Derrol here, so that the family and other loved ones can always see it. You can upload cherished photographs, or share your favorite stories, and can even comment on those shared by others. 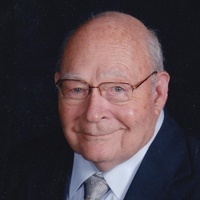