To share your memory on the wall of Dennis Wood, sign in using one of the following options:

Provide comfort for the family of Dennis Wood with a meaningful gesture of sympathy.

Dennis J. Wood of Cornwall-on-Hudson, NY passed away December 5, 2019, at the age of 75, after a battle with Alzheimer’s.

Dennis J. Wood of Cornwall-on-Hudson, NY passed away December 5, 2019, at the age of 75, after a battle with Alzheimer’s.

Dennis, born April 5, 1944, was the son of Julia (Parliman) Charbonneau and step son of Jeremiah Charbonneau. Dennis lived most of his life in Cornwall-on-Hudson.

Dennis was a proud member of the United States Navy. After being honorably discharged, he worked as a Journeyman Ironworker with Ironworkers Local 417 Newburgh, NY. He retired from the Ironworkers and started work at the United States Military Academy at West Point. He retired from there as a Planner/Estimator.
Dennis was a life member of the Storm King Engine Company #2 located in Cornwall on Hudson, NY. He served for 47 year as a Volunteer Firefighter where he held multiple positions including President and Assistant Chief.

Dennis was a lifelong fan of the New York Yankees, rooting on his team to the end.

Dennis is survived by his loving wife, Maureen A. (McDonough); his son, Jeremy Wood and wife, Andrea of Washingtonville, NY; and the light of his life, granddaughter Ava Wood. In addition, he is survived by his cousin, Richard Hillman of Milford, NH and other cousins.

The family would like to thank Dr. Gaspare Polizzi, Dr. John Hughes, the staff of Hospice of Orange and Sullivan, the staff of Willcare, the staff of the Hudson Valley Alzheimer’s Association, the town and village of Cornwall Police Departments, and the Cornwall Volunteer Ambulance Corps.

We encourage you to share your most beloved memories of Dennis here, so that the family and other loved ones can always see it. You can upload cherished photographs, or share your favorite stories, and can even comment on those shared by others.

Posted Dec 09, 2019 at 02:55pm
Rest In Peace my Old Friend. My condolences to the family From Gerard LaMothe 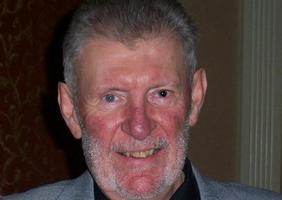 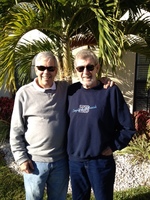 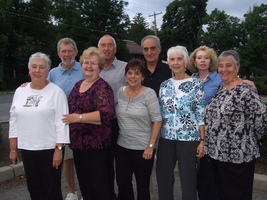 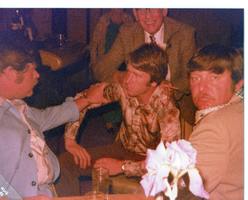