To share your memory on the wall of Cheryll Farella, sign in using one of the following options:

It is with deep sadness that the family of Cheryll Weston Farella announces her passing on June 17, 2019. Cheryll was the daughter of the late Randolph Wes... Read More
CHERYLL T. FARELLA
March 13, 1949 – June 17, 2019
Mountainville, NY

It is with deep sadness that the family of Cheryll Weston Farella announces her passing on June 17, 2019. Cheryll was the daughter of the late Randolph Weston and Madeline (Jordan) Wigfall. She was born on March 13, 1949 in Brooklyn, NY and was raised in Mount Vernon, NY. She was predeceased by her loving husband of almost forty years, Frank Charles Farella, on February 19, 2019.

As a young girl, Cheryll discovered her passion for reading, history, music, and theater. She was a voracious reader, known for devouring approximately 1000 words per minute. Through her books she would travel the history of the world in her mind, developing a special affection for African-American and European history. She began her career as a special educator. Inspired by her father's constant travel through Europe, she then moved to London in the early ‘70s, where she worked as an administrator for the Theater Royal Stratford and also Black Lion Records. Later she opened her own restaurant on Portobello Rd., in the heart of London.

In 1980 Cheryll moved back stateside to assist a family friend in restoring a historic property in Brooklyn, NY, and this decision set her life in a new direction. She met her husband, Frank, while working on the project, and together they started a family, eventually moving an hour north to Orange County in 1982. After the couple purchased the historic Shaw House on Taylor Road in Mountainville, NY, Cheryll quickly immersed herself in the local community, seeing the needs of the people around her and trying to fill them. She was known for great hospitality in her home as well as the vigor of her convictions, which led her to sow the seeds of love, kindness and justice. She had an indomitable and generous spirit that drove her to uplift others, specifically seeking to foster others’ interests and talents to reach their potential.

While raising her children with the help of her mother, Mattie, and her Great Aunt Edna, Cheryll led as an educator, activist, and community builder. Giving back to her community was a daily mission, and her sense of inclusion knew no bounds. Cheryll ran Theater Club at both St. Thomas and St. Joseph schools, sharing her love of the arts with children. She organized, self-funded and prepared school lunches several times a week, donating all proceeds to the school. Cheryll arranged and chaperoned countless school trips for students to Washington DC, Montreal, Williamsburg, VA, and Broadway shows. Having a special fondness for the joy of the holidays as well as a deep concern for the plight of others, she regularly donated scores of turkeys at Thanksgiving and toys at Christmas for families in need. Cheryll demonstrated a selfless love for her community just as she did her own family.

While she was known for her acts of service in the school community, Cheryll’s work also impacted the wider community. In the late ‘80s, she produced a televised concert series for the BBC at the historic Apollo Theater in Harlem, to commemorate the 40th Anniversary of the Declaration of Human Rights. In the early ‘90s, she also conceived and developed A Museum in the Hudson Valley at Newburgh, featuring a children’s activities center, an African-American museum and an arts center. In addition, the project featured an exhibit of animatronic dinosaurs. With a generous grant from the Palisades Interstate Park Commission, Cheryll and her team were responsible for saving the Armory on Broadway in Newburgh.

Cheryll’s hospitality came full circle when she and her family envisioned the creation of a barbecue restaurant to serve the local community. Brothers Barbecue in New Windsor, NY opened its doors in 2008, and continues to serve the community in honor of Cheryll and Frank.

Cheryll is survived by her children: Rebecca Ralph-Farella, Stéfane Cahill Farella, Gavin Farella, James Farella and Christian Farella; her step-daughter: Tammy Nash; and countless others to whom she showed a mother’s love. She was blessed with fourteen grandchildren and one great grandchild. She is also survived by her sisters: Pamela Weston and Kim Weston Moran; brother-in-law: Joseph Farella; and sister-in-law: Anna (Farella) Thompson; Cheryll was predeceased by her brother: Azzedine Weston.

Visitation will be held from 4 to 8 p.m. on Saturday, June 22nd and 2 to 6 p.m. on Sunday, June 23rd at Quigley-Sullivan Funeral Home, Inc., 337 Hudson St. Cornwall-On-Hudson, NY. A Mass of Resurrection will be held at 10:30 a.m. on Monday, June 24th at St. Mary’s Church, 42 Goshen Avenue, Washingtonville, NY; Rev. Msgr. Smith will officiate. Interment will follow the Mass at Pleasant Hill Cemetery in Mountainville, NY.

We encourage you to share your most beloved memories of Cheryll here, so that the family and other loved ones can always see it. You can upload cherished photographs, or share your favorite stories, and can even comment on those shared by others.

Posted Jun 30, 2019 at 01:57pm
My Dear Friend,
I have spent so many years with you in my life, I don't know how to fathom
this time without hearing your voice and knowing that you are taking care of business.
I love and adore you and understand that you are at peace.
I appreciate being able to call you my lifelong friend, one of the original
Mount Vernon homegirls. Thank you for the memories.

Flowers were purchased for the family of Cheryll Farella.

Posted Jun 21, 2019 at 04:25pm
To the Family of Cheryll Farella-We share the heartbreak and the prayer that your mother and father are at peace. We will miss them. God bless.

Armand, Anya, Alesandra, Andrea, Giselle and Karen purchased the Sentiments of Serenity Spray for the family of Cheryll Farella.

Posted Jun 21, 2019 at 09:52am
Please accept our most heartfelt sympathies for your loss. Our thoughts are with you and your family during this difficult time.

Flowers were purchased for the family of Cheryll Farella.

Posted Jun 20, 2019 at 04:00pm
Our great admiration and gratitude to Cheryll for a lifetime of memories. With our deepest sympathy and love, Michael & Kim and Lori -Melignano Family

Melignano Family purchased flowers for the family of Cheryll Farella. 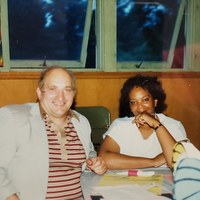