To share your memory on the wall of Amos Ziegler, sign in using one of the following options:

Provide comfort for the family of Amos Ziegler with a meaningful gesture of sympathy.

Amos Hollett Ziegler, Jr., of Cornwall-On-Hudson, NY entered into eternal rest on March 27, 2020 at Wingate at Beacon, Beacon, NY. He was 86 years old.

The son of the late Amos Hollett Ziegler, Sr. and Muriel Blanche (Riker) Ziegler, Amos was born on December 17, 1933 in Goshen, NY.

Amos honorably and proudly served his country as a member of the U.S. Navy from 1956-1958 (and in the Reserves until 1960), his time aboard the USS Decatur DD936 his fondest memory. Amos worked at Cornell University in the computer department during the 1960s, and was later employed as an audio/visual technician at the United States Military Academy at West Point, NY, where he retired after 31 years with special honors in 1998. Amos also spent many years working evenings at the Grand Union in Cornwall, sharing his smile, his stories and jokes with coworkers and patrons alike.

A long-time member of the Cornwall Presbyterian Church, and having served as both Deacon and Elder, Amos planted flowers on the church grounds every spring, cooked chili for the Apple Time Fair each fall, and was always willing to lend a helping hand to all those in need. He was a member of the Grand Lodge of Free and Accepted Masons in NY State for over 50 years, and was also a member of N.C.T., National Camping Travelers. He and his wife, Lori, volunteered their time on Cornwall’s Fourth of July Committee for over 15 years, and both worked for the Board of Elections since retiring. Amos loved the outdoors, gardening, camping with family and friends, and wintering in Florida in the years after his retirement. An active member of his community, Amos was a dear friend to many, and will be greatly missed.

Due to the public health concerns of the Corona Virus (Covid-19), memorial services for Amos will be held at a later date. Please refer back to this website, www.Quigleybros.com, for further information. On behalf of the family, thank you for your understanding and support during this difficult time.

In lieu of flowers, donations in Amos’ memory can be made to the Cornwall Presbyterian Church, the Alzheimer’s Association, or the World Wildlife Fund.
Read Less

Receive notifications about information and event scheduling for Amos

Donations are being accepted for:
Alzheimer's Association Cornwall Presbyterian Church

We encourage you to share your most beloved memories of Amos here, so that the family and other loved ones can always see it. You can upload cherished photographs, or share your favorite stories, and can even comment on those shared by others. 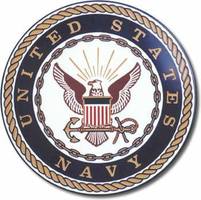